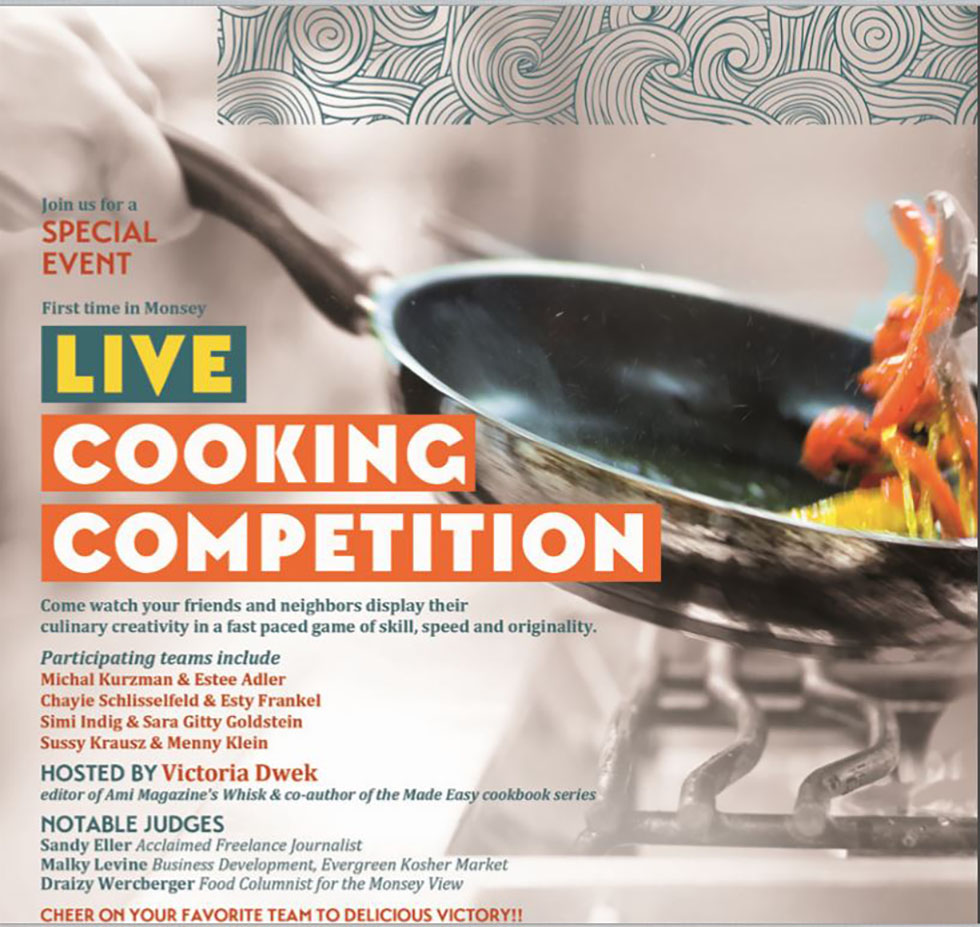 We heard that it was going to be massive event, and arriving at The Atrium proved that theory correct. The first hint of the huge crowd in attendance was the parking lot. It was so jammed that we had to park away from the Atrium, in the Park and Ride. The main draw of this gala event was the cooking show competition. The four competing teams each got four secret ingredients, two to be incorporated in an appetizer and two in the main dish. Additionally they each brought along a boxfull of run-of-the-mill ingredients that they thought they would need. Coconut milk and cannellini beans had to be used in the appetizers and yucca and maple syrup in the main dish. 3..2..1 and the race was on!

Who knew that Monsey had such talent hidden in every street corner? The fresh, original and entertaining way in which the four groups competed with each other was fast-paced, exciting, and kept the audience on its toes, with running commentary by Victoria Dwek. You couldn’t help but be impressed by the Wesley fan group with pompoms and banners. Four burners, two convection ovens, eight energetic contestants and 45 minutes later, it was over. The dishes were judged by taste, creativity, and presentation, with ten points allotted for each component. The three judges, Malky Levine, Sandy Eller, and myself were the lucky recipients of the most tantalizing, eye-catching and creative dishes. The sophisticated plating was really the icing on the cake. It was so lovely to see this huge crowd united in supporting such a worthy and noble cause. Who knew that giving tzedaka and helping fellow Yidden would be such fun?

I can’t wait to see what Ohr V’Daas cooks up for next year’s party!